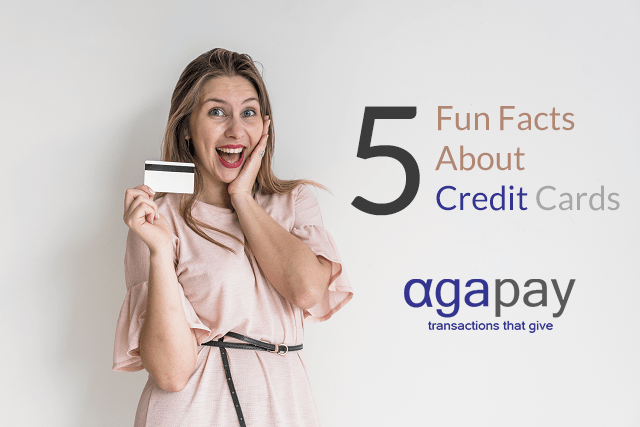 Credit has been around since 1750 B.C.  The system of an object used to identify a customer is only about 100 years old. There were coins and medals, but in 1920 the first card was designed and it was made of cardboard!

Today, there are an estimated 14.4 billion credit cards in circulation. The earth is populated with about 7.5 billion people, so that’s approximately two credit cards per person.

My bank keeps sending me letters saying my account is outstanding.

4. Every American household receives around six credit cards offers per month by different credit card companies. There are an estimated 160 million credit card holders in the U.S., which is about half of the nation’s overall population.

5. Believe it or not, credit card industries receive about 500,000 applications every single day. In the U.S., the average credit card balance is around $6,375. A staggering $100 billion is what Americans are paying in just credit card fees and interests alone!

Agapay was founded on the idea that payment processing should be ethical and give back to the community. In pricing, structure and service, we will always do our best to give the most value and maximize service.