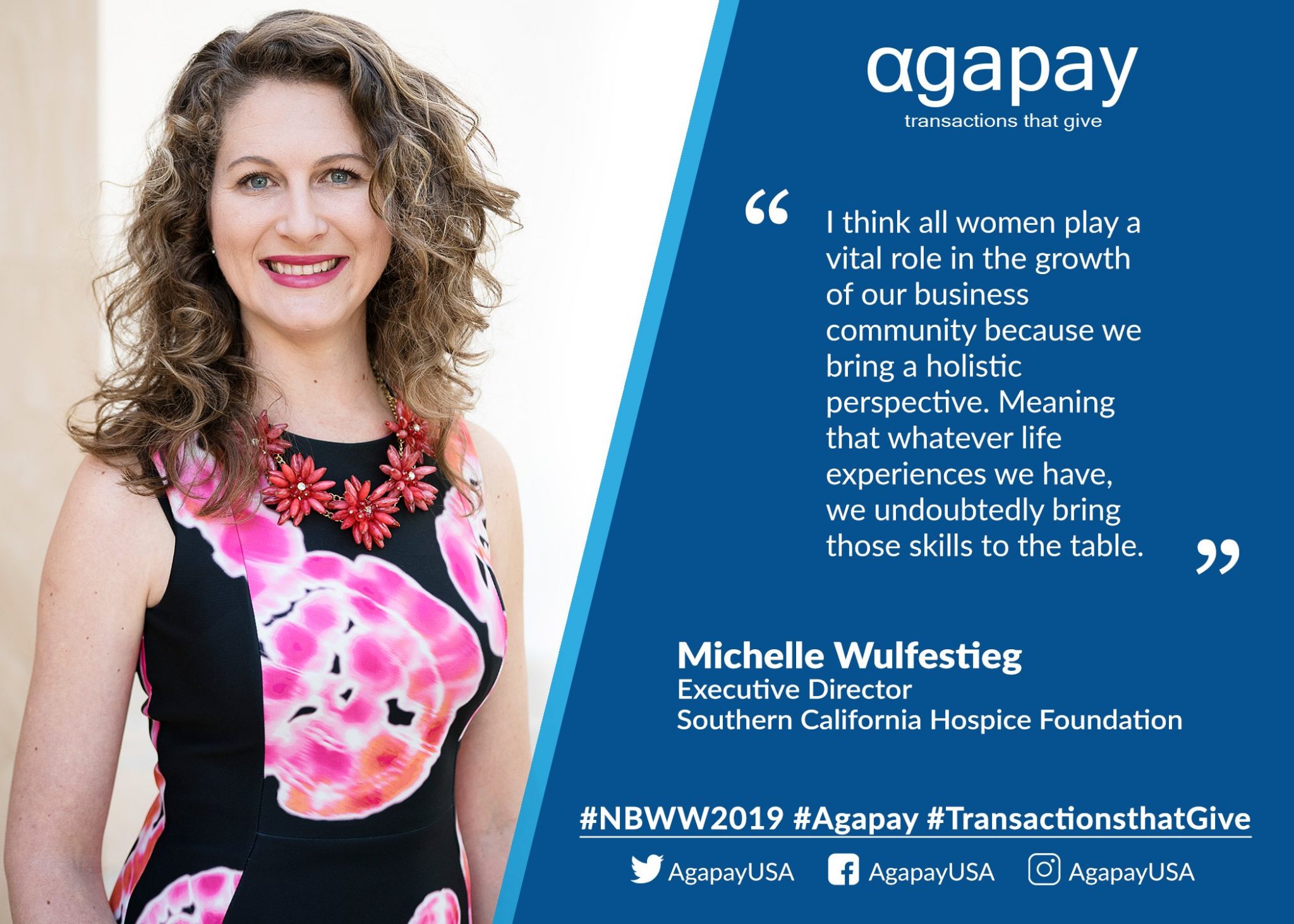 
This week, we celebrate National Business Women’s Week and recognize our local women who all played significant roles in boosting the business scene in their community. You will start meeting the featured women leaders who defied all odds to grow and sustain their organization!

Today, we are proud to spotlight Michelle Wulfestieg, Executive Director of the Southern California Hospice Foundation!

Since 2010, Michelle Wulfestieg has served as the Executive Director of the Southern California Hospice Foundation (SCHF), a non-profit organization committed to enhancing the lives of terminally ill patients and their families. With her steadfast commitment to SCHF, the foundation was able to receive a $1 million matching grant for its Heavenly Home endowment, where every gift given to the endowment will be matched dollar for dollar up to $1 million. All of the foundation’s efforts are focused on elevating the way its patients live, bringing comfort and quality of life to those facing a life-limiting illness.

“As the first employee of the Southern California Hospice Foundation, I have grown the organization from a start-up to a multi-million dollar, non-profit enterprise. We have been successful at meeting basic needs and fulfilling final wishes for terminally ill patients, including ones who wished to meet their favorite celebrities such as Oprah Winfrey, Harrison Ford, and Selena Gomez.

Additionally, we partnered with Showtime Television where we helped produce the groundbreaking documentary, ‘Time of Death,’ which offers an intimate look at hospice patients’ final days and how they and their families cope with the pending mortality. Beyond that, we are in the midst of a capital campaign called the Heavenly Home Project, which will be the first non-profit end-of-life care home in Orange County, a place where dignity and compassion reigns.

I always live by this particular Bible verse from John 9:3: ‘This happened so that God’s mighty works might be displayed in her.’ I also think all women play a vital role in the growth of our business community because we bring a holistic perspective. Meaning that whatever life experiences we have, we undoubtedly bring those skills to the table.

For example, I am not only a woman, but I am also a disabled, two-time stroke survivor. Many would not expect me to have the capacity to function, let alone run a business. But it is my life experiences that have contributed to my success. I know what it’s like to face your own mortality. I know what it’s like to be in a hospital bed for months at a time. And because I have been there, I have empathy and compassion for those facing their final journey.”